WHO'S PLAYING
Bands and timings subject to change

It's time to Par-taaay!!
Dress to impress, get your best afro wigs, hot pants and shades on and let's grove tonight...
READ MORE

Hey you don't watch that, watch this!
Rude Boys & Rude Girls, it's time to move your feet to the rock steady beat.
READ MORE

Music from across the decades, from the 50s through to modern hits of the day, Distorted Decade are guaranteed to get you in the mood for dancing.
READ MORE

Described as “dark Americana” with a few originals and better known tunes
mixed in.
READ MORE

Or resident 'Mr Motivator' returns, however, it's bittersweet as this will be his final farewell performance at Picnic as he hangs up his dancing shoes. 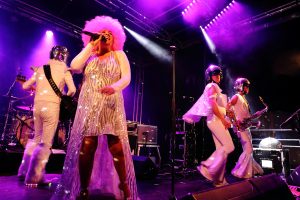 Dazzling costumes, slick dance routines and top-drawer musicianship are just some of the reasons Miss Disco are headlining our music festival this year. They are one of the UK’s top live disco bands. With decades of experience playing together at concerts around the UK and Europe their show is second to none.

Miss Disco’s back catalogue of festivals and events is impressive indeed. They have performed on stages at Glastonbury, Standon Calling, Shambala, Silverstone’s F1 and Moto GP weekends, Camper Calling, Bug Jam and Hamburg Pride to name but a few. And that is not to mention, but we will, performing at countless private parties, weddings, corporate events, and dozens of their own sold out shows. This celebrated group of seasoned musicians perform disco’s greatest hits better than ay other band in the UK.

Fronted by the personification of a disco diva, Miss Disco’s astonishing powerhouse lead vocalist Susan Pinky is backed by her long term partners, and incredible cast of musicians

We guarantee that you will be up and dancing from the second they step on the stage. The future is bright, the future is Miss Disco … and they are coming to party with us. Yay!

Check them out at www.missdisco.co.uk 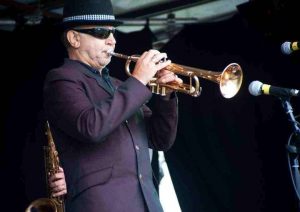 Think heavy, heavy monster sound of classic Ska and 2-Tone music and the best of Madness and you are on the right track for finding your way to Hope and Glory, They feature hits from Bad Manners, the Specials, the Beat and the Selecter too.

After a few years of members coming and going, the band is now enjoying a well-earned period of stability with an established, permanent line-up. Mike is on drums, Sarah plays keyboards (and trombone!), Alex is the lead guitarist, Paul plays the saxophone, John is lead vocals, and Steve plays bass. The band members have forged a deep understanding of each others’ strengths and weaknesses and have built a close relationship with each other that allows them to act in perfect unison.

Long standing Picnic fans will remember that they last entertained us in 2016. They went down a storm then and will do so again this year. Great to have you back guys! 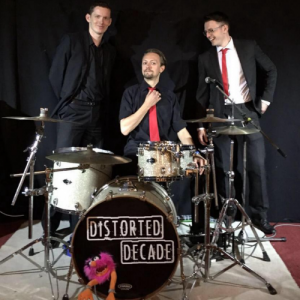 Live music from across the decades, from the 50s through to modern hits of the day, Distorted Decade are guaranteed to get you in the mood for dancing. Performing at all types of live music venues for the last 10 years, these boys have proved that they have something special to give us at Pattishall Picnic in the Park Music Festival. Looking forward to reliving some of my musical youth with these great musicians. You will absolutely get your groove on with Distorted Decade and will not be able to resist getting up and having a boogie.

Find out more at www.facebook.com/distorted.decade 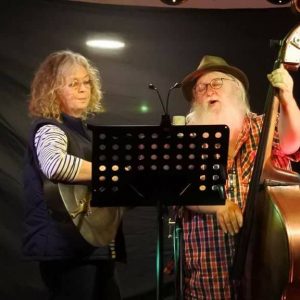 They started out as a duo but can now be up to six members. Hatstand Band started out with Americana but it’s anything goes now as long as they can find the chords and tunes in their collection of instruments – guitars, banjos, double bass, mandolin and harmonies.

The repertoire of these guys and gals is mostly obscure covers in a style that has been described as “dark Americana” with a few originals and better known tunes mixed in. The harmonies blend with guitars, banjos, double bass, cahon and blues
harps to have an aged quality, maybe not like the finest whiskey but rather more like smoked bourbon. Now that sounds cool and interesting.

With swinging, toe tapping rhythms, the tunes may have dark stories, but the effect generally draws a broad smile. With the band expanding beyond the original duo the influences have too. Can’t wait to hear these guys!

To quote Ear to the Ground Music “ what matters in folk music is the story and hazeyjane deliver that in spades.” 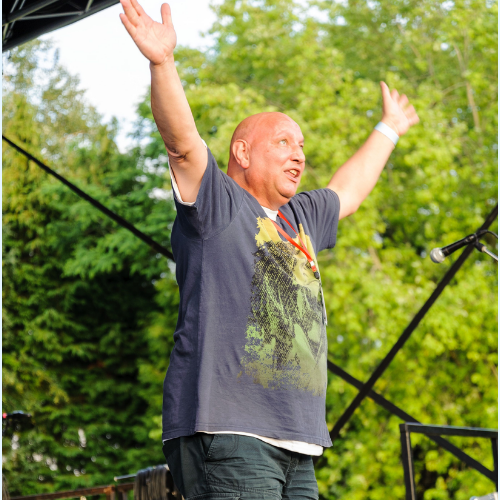 DJ Terry has been the man to go to to keep the kids entertained. He's been the resident DJ at Pattishall Primary School's discos for as long as we can remember. Things all changed for him and Picnic in the Park in 2016 when he took to our big stage.

An impromptu comment led to a takeover. 'The kids have been practising a flash mob dance. Could we bring it in the main arena?' he asked tentatively. We hastily patched his laptop into the main sound system, and he launched into it with no soundcheck. What could possibly go wrong?

As they say, the rest is history.

Like a modern-day Piedpiper, he leads the kids into their dance crusade, soon followed by all of their parents. It became the biggest dance class ever held in the area. Now, of course, he's in demand and has become a mainstay at every Picnic in the Park since.

However, sadly, this year will be his last. We will be sorry to see him go, and we're not sure how to replace him next year. Better you get your tickets for this year's event to witness his grand finale.

BUY TICKETS
Please note band lineup is subject to change. This website will be updated with any changes.
All published playing times are approximate.
Pattishall Events CIC reserves the right to amend performers playing at Picnic in the Park without notice.
Pattishall Events CIC does not endorse any images, text logos or views expressed by the performers themselves.
E&OE.